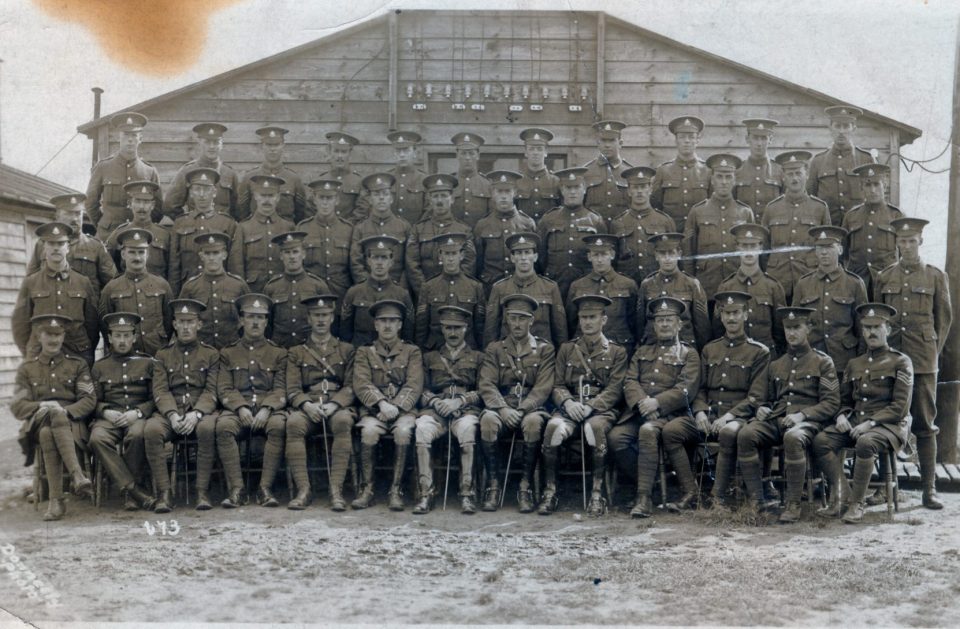 Both of these photographs show men of the Notts and Derby Territorials. The men are wearing a combination of 3-tier and 5-tier “Notts & Derby” shoulder badges suggesting that they are from either the 2/5th or 2/6th Battalions. The photographs are part of the Chas Donnelley Swift – Skibbereen – Series. Charles Donnelly Swift was born in 1881 in England and moved to Skibereen in Cork sometime before 1911. At some point he converted to Islam.

The first card was sent by 5853 Pte Arthur Francis Shepherd to his wife Pollie who lived at 29 Strahan Road in Bethnal Green.

“Don’t laugh is there anybody on this you can recognise”

Many thanks to Paul Manning for these pictures of his grandfather 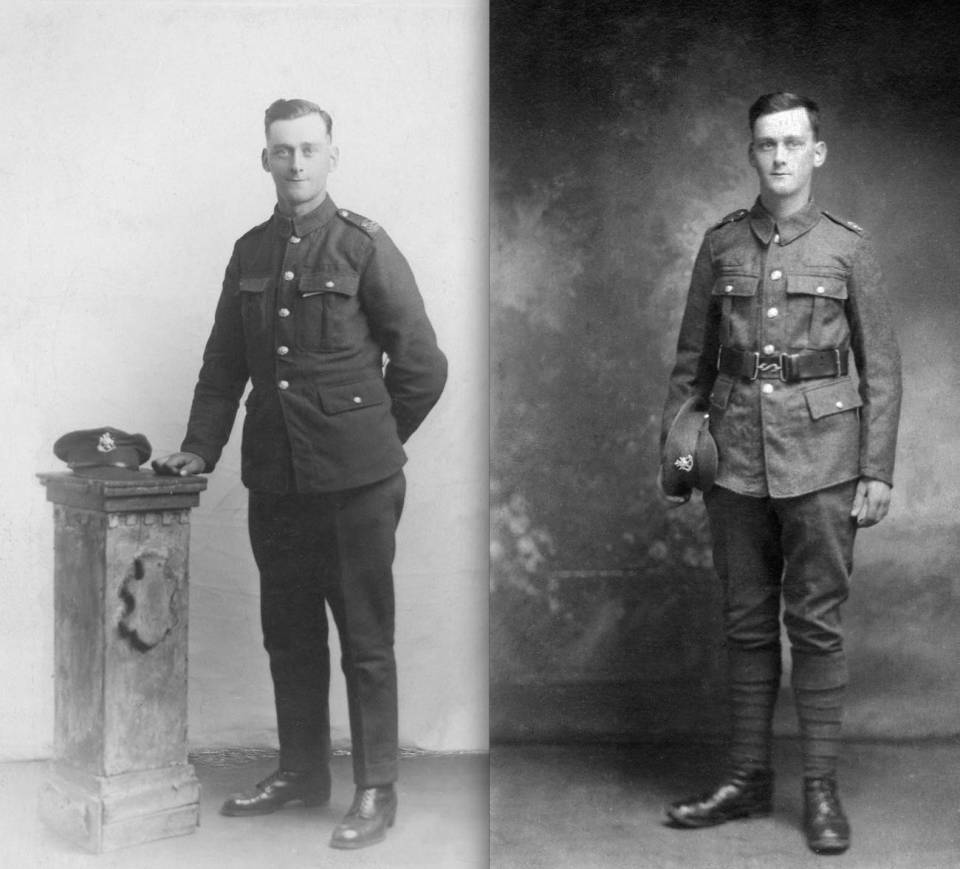 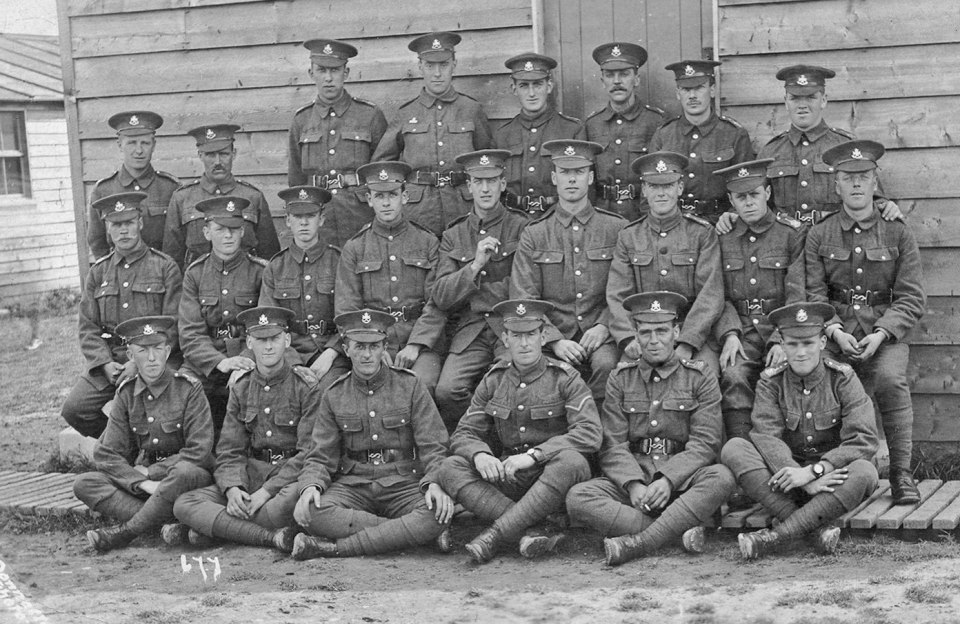 A post Card sent from 3151 Pte. Percy Feltham of “D” Company 2/6th Battalion from Curragh Camp to his mother at Shilton near Burford in Oxfordshire (Undated Celesque Series – No. 216)

“Our huts are right over behind the cross on the other side, but you cannot see them on here. We have got a fine Military Post Office which you see on the other side. That is the Wicklow Mountains which you can see in the distance. Fondest love to all, Percy 3151”

Percy was born in 1897 and in 1911, aged 14, he lived with his parents at ‘The Kennels’ in Bradford Grove and was a gamekeeper working on the local estate

Percy attested into the 2/6th on 20th October 1914 and we will never know why he travelled to Chesterfield to enlist; perhaps at 16 or 17 year old he was still under age. After serving in Ireland he arrived in France with the Battalion in February 1917 and was discharged due to sickness on 3rd December 1918 aged only 22. He was awarded the British War and Victory Medal and a Silver War badge. 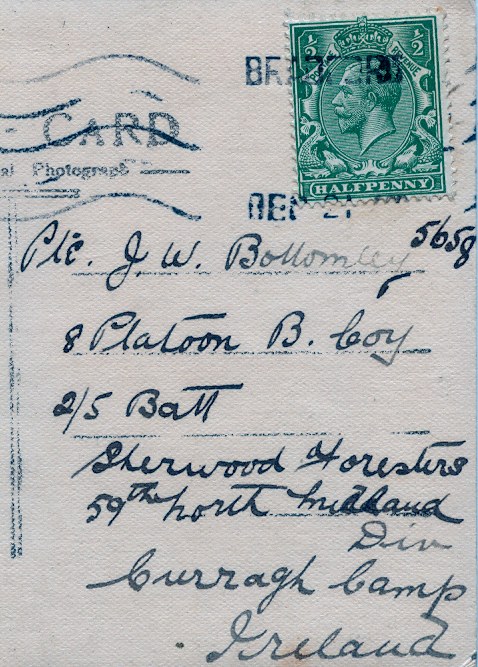